The largest Indian mobile manufacturer, Indigenous brand Micromax is a major player in the budget segment. Apart from feature phones and smartphones, the company also manufacturers tablets and two-in-one devices, has continued its push into the 4G segment with the launch of its new flagship smartphone, Canvas 5. 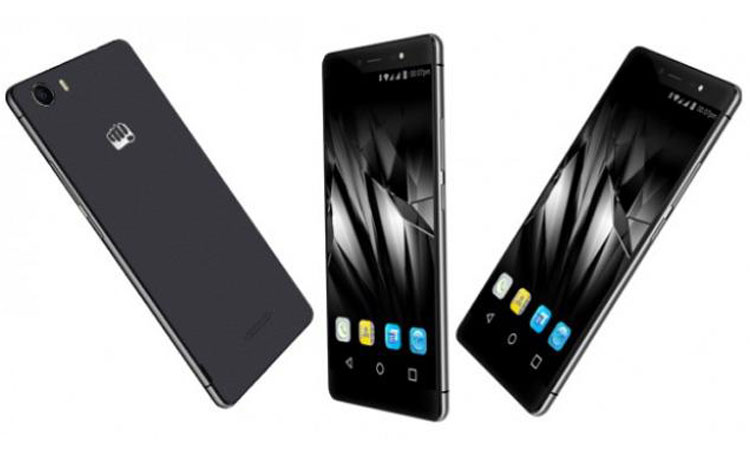 The latest Micromax Canvas 5 smartphone comes with a 5.2-inch IPS touchsceen display with a resolution of 1080 pixels by 1920 pixels at a PPI of 424 pixels per inch with Gorilla Glass 3 protection. The display panel sports the 2.5D curved glass design that slopes at the edges, similar to what we have seen on iPhones over the last couple of years.

The moment you take the Canvas 5 out of the box, the first thing that hits you is just how un-Micromax-like the new smartphone is. In fact the only evidence of it being a Micromax device is the company’s logo placed at the back. The front is dominated by a 5.2-inch screen with the curved glass melting towards the edges. It is not only pleasing to the eye, but when the display is off, the all-black effect makes it look much bigger than its actual size.

The all-new Micromax Canvas 5 runs the Android 5.1 operating system and packs a 1.3GHz octa-core Mediatek MT6735 processor, a rival to Qualcomm’s Snapdragon 615 chipset. Under the hood are 3GB of RAM and 16GB of storage; users can expand storage via microSD cards and it’s powered by a 2900mAh non removable battery. It measures 148.00 x 73.60 x 8.30 (height x width x thickness) and weighs 143.00 grams.

The Micromax Canvas 5 is powered by 1.3GHz octa-core MediaTek MT6753 processor and it comes with 3GB of RAM. The phone packs 16GB of internal storage that can be expanded up to 32GB via a microSD card. As far as the cameras are concerned, the Micromax Canvas 5 packs a 13-megapixel primary camera on the rear and a 5-megapixel front shooter for selfies.

The overall look and feel of the smartphone is quite pleasing, and Micromax surely surprises on that front. Most of the people I showed the handset to wouldn’t believe it was a Micromax device, and only when I turned it around to show the logo did they believe me. With a 5.2-inch screen, the overall footprint isn’t too big either and it is easy to use with one hand, even for people with relatively smaller hands – like yours truly.

There is a metallic frame that holds the device in place, with the volume rocker and the power button on the right side. The left side is completely spartan, with the audio jack at the top, and the micro-USB port and mic at the bottom. The removable rear panel boasts a faux leather look, and hidden underneath are the two SIM card slots, microSD card slot and a non-removable battery.

The smooth levels of performance is also largely due to light UI that Micromax has pasted over Android. For one, there is no App Drawer, and all the apps are stored on the homescreens ala Apple’s iOS. This has become a common sight on smartphones from most Chinese OEMs.

The Micromax Canvas 5 then presents an interesting conundrum for buyers. It has a lot going for it like its design and build quality, its stellar display, good performance and battery life. The annoying ads and the camera’s mixed performance though seem to be holding it back.