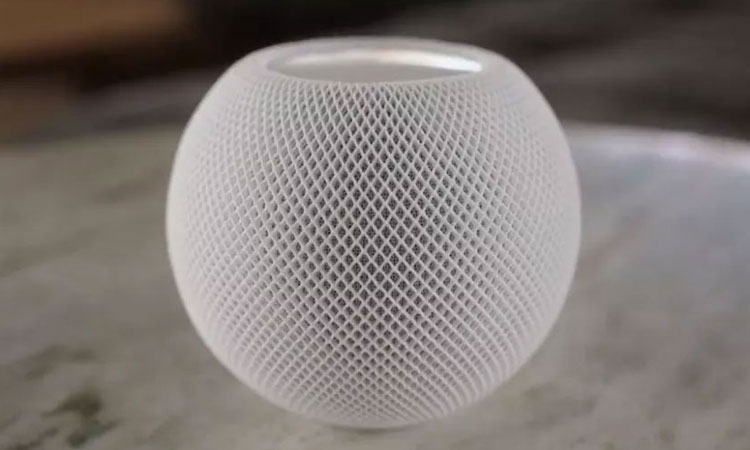 The Apple HomePod Mini will also be able to work as part of a stereo setup and can intelligently also create a stereo pair if two of these speakers are placed in the same room. The integration for the Apple Siri intelligent assistant is as you’d expect.

Like the full-size HomePod, the HomePod Mini still features a mesh fabric exterior in both grey and white colors, along with a small display on top to show the Siri waveform. The new model is more of a short, spherical shape, however, instead of the more oblong design of the original.

HomePod Mini will also be integrated with other Apple device due to which users will receive personalised listening suggestions on iPhones when it is next to HomePod mini, and instant controls will be available without having to unlock iPhone.

The new smart speaker takes some inspiration from its larger predecessor in the audio department. This includes an acoustic waveguide to direct sound down and out towards the bottom of the speaker, which Apple says creates “an immersive 360-degree audio experience”.