The Chinese smartphone manufacturer Huawei, When the Huawei Mate 7 was unveiled, the company had modest targets of parting with 1 million units; however, as per the stats that were released this year August, the phablet had sold up to 5 million units. There is no doubt that the smartphone maker was and still is very impressed with these figures. 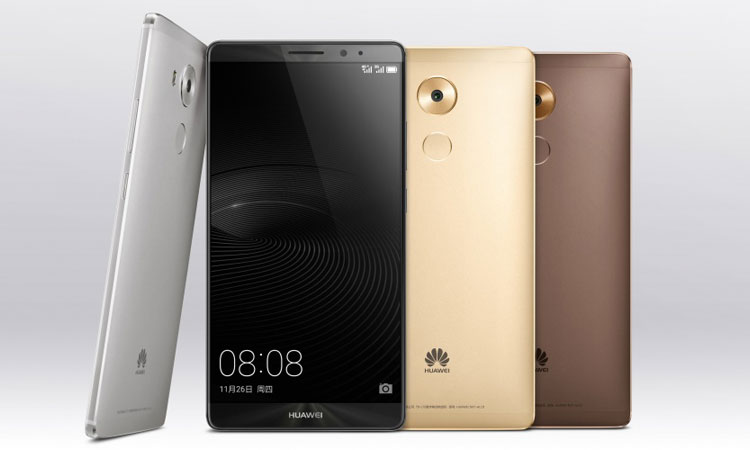 Much like with the Mate 7 before it, the most striking aspect of the Huawei Mate 8 is its gargantuan 6-inch, 1,920 x 1,080 resolution display. As big as the screen may be, however, Huawei made sure to emphasize the Mate 8′s ergonomics just as much, which is why the relatively high 83 percent screen-to-body ratio makes sure to make the phone easier to handle than you might think.

If you like small, there is a newly released Huawei Mate S; however, the company still believes that sticking with its 6-inch display size for its upcoming flagship will repeat the wonders that happened with the former model in the same series.

Also an improvement from the Mate 7 is the Mate 8′s internals, with the octa-core 2.3GHz Kirin 950 processor the star of the show. Offering a 100 percent performance boost over the Kirin 930 processor found in the Mate 7, the Kirin 950 brings with it an i5 co-processor, which will handle speech recognition, reduced location-based power consumption, and low-power MP3 consumption, among other tasks a typical processor would normally need to handle.

This device is expected to ship with a 6-inch display size, just like its predecessor and it will also feature a 1080p resolution. However, this time the Mate 8 covers 95% of NTSC gamut and a 2.5D glass added as a bonus on top of the display.

But what makes this device really worthy a consideration? Well, you will be surprised to learn that Huawei will be installing an octa-core chipset in this device. The Kirin 950 chip promises much higher performance as well as efficiency thanks to the 16nm FinFET+ process involved in addition to the powerful CPUs that come along with the phone (Huawei Mate 8 will ship with two CPUs – a 4-core Cortex A-72 and a 4-core Cortex-A53). In addition, it features an ARM flagship Mali T880 graphics unit as well as an integrated LTE Cat 6 modem.

Elsewhere, the Mate 8 retains the rear-mounted fingerprint sensor found on the Mate 7, though it’s now a circular design rather than the square design of yore. In addition, the Mate 8 seems to incorporate more aluminum into its DNA, with the 2.5D curved glass front panel making sure those side swipes feel more natural.

Finally, the Mate 8 runs Huawei’s EMUI 4.0, the company’s own flavor of Android 6.0 Marshmallow. Unfortunately, Huawei left out several other key specifications, such as the resolutions of the front and rear cameras and the amount of internal memory, among other key details. It’s rumored that the Mate 8 carries a 20.7-megapixel camera on the back and an 8-megapixel selfie shooter, with the smartphone coming in two flavors: one with 4GB of RAM and 64GB of storage and the other with 3GB of RAM and 32GB of storage.

In addition to the above mentioned details, Huawei has also installed a more powerful 16MP snapper on the rear and the Mate 8 will carry a 4,000mAh battery unit. Expect the phone to come with Android 6.0 M out of the box; however, Huawei’s heavy customization will not be missing. Color variants include Space Gray, Champagne Gold, Mocha Brown and Moonlight Silver.