Google improved the way we store and search through our image library with the Photos app it launched last year. Now, the company wants to make the Live Photos we shoot on our iPhones more polished and smooth. 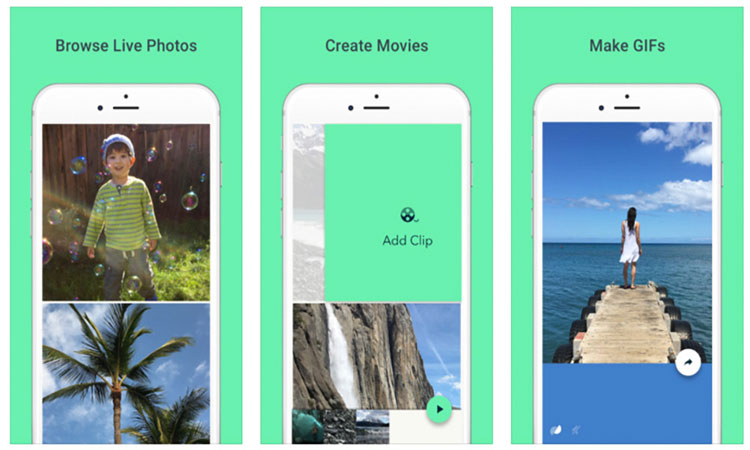 Apple’s Live Photos, introduced last fall with the latest iPhones, captures a three-second video before and after a picture is taken. But what if you want to watch that video over and over? Google has a solution with its Motion Stills iOS app.

Motion Stills turns Live Photos, available on iPhone 6s and 6s Plus, into looping GIFs that are shareable via SMS and social media.

The app takes Live Photos, several frames automatically captured before and after you hit the camera app’s shutter button, and turns them into GIFs or short video clips.

The Mountain View, Calif. company on Tuesday unveiled a new iPhone app called Motion Stills, which stabilizes the background in Live Photos as well as looping them to create animated GIFs. Users can also edit multiple clips together within the app.

The GIF below was created using Motion Stills. The app was able to remove the wobbly motion that occurred as I moved the camera to set up the shot, making it easier to focus on the movement within the scene.

The app works offline, and users do not need to sign in to any service in order to use it. The only requirement is to give the app permission to access the photos on the device.

Live Photos, which is available on the iPhone 6s, iPhone 6s Plus, and iPhone SE, captures the moments before and after the shutter button has been pressed when taking a still photo. The resulting image moves just slightly enough to show elements like a change in facial expression or a ripple moving through a body of water.

The Motion Stills app is available to download from the App Store. Users are encouraged to highlight their favorite clips using the hashtag #MotionStills on social media.