Gionee has released two very interesting devices earlier this year, the Elife E8 and Marathon M5. These two handsets have been announced at the same time, and are quite different. The former is the company’s new flagship phablet, and the latter one is their mid-ranger with a huge battery on the inside. 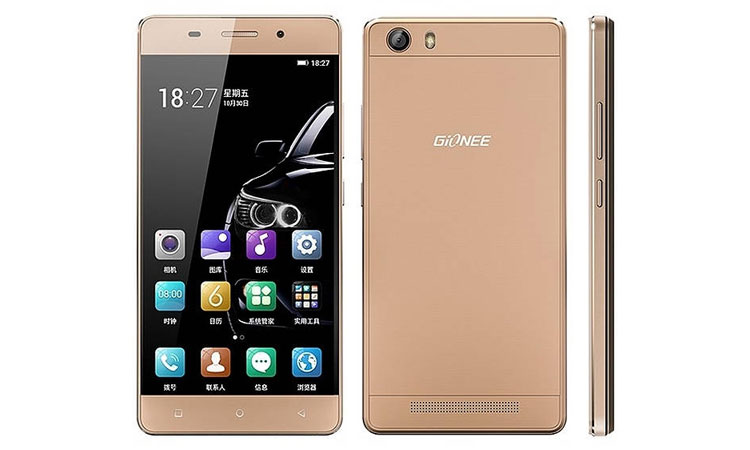 The Gionee Marathon M5 Lite runs Amigo 3.0 based on Android 5.1 Lollipop, and is a dual-SIM dual standby smartphone with 4G LTE connectivity(Indian bands supported). It features a 5-inch HD (720×1280 pixel) IPS display with pixel density of 293 ppi, and is powered by a 64-bit 1.3GHz quad-core MediaTek MT6735 SoC, clubbed with 1GB RAM and Mali-T720 GPU.

It also comes with support for 4G LTE connectivity(Indian bands supported). The Marathon M5 Lite comes packed with an 8-megapixel autofocus rear camera bundled with CMOS sensor and LED-flash. There is also a 5-megapixel front camera on board.

The Gionee Marathon M5 Lite measures 143mm x 69.9mm x 8.5mm and has a weight of 182grams. It sports the same 1,280 x 720p resolution as the regular model, but in a smaller 5-inch form factor. The horsepower comes from a 64-bit quad-core chip clocked at 1.3GHz and backed by 1GB of RAM. You’ll get 16GB of internal storage to work with, and it’s expandable through the usual means.

The connectivity options include 4G LTE, Bluetooth 4.0, GPS and microUSB 2.0. So far the company has not revealed details about the phone’s pricing and availability.

Like other members of the Marathon series, the highlight of the Gionee Marathon M5 Lite is its big battery. It is backed by a 4000mAh Li-Po battery, which is rated to deliver up to 40 hours of talk time, 68 hours of music playback, 3 days of regular use and 39 days of standby time. The handset can charge other smartphones as well.

As for connectivity, the Gionee Marathon M5 Lite includes Bluetooth 4.0, GPS, Wi-Fi, and MicroUSB connectivity. Ambient light sensor, gravity sensor, and proximity sensors also come housed inside the Marathon M5 Lite. As per the company, the smartphone is made of aviation-grade aluminium alloy.