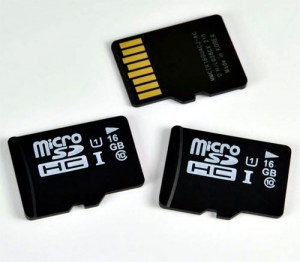 The new 16GB UHS-1 microSD card has a maximum read speeds of 80MB/s, the cards are just under four times as fast as today’s average microSD card. Initially, Samsung is only producing 16GB cards, but they’ll be offering up larger capacities as soon as they can.

This MicroSD card with a UHS-1 interface offer users an extremely high level of performance on their LTE smart phones and for other advanced mobile applications.

In the future, Samsung plans to expand its microSD card offerings with higher density solutions that reinforce its position as the leading market innovator for NAND flash.