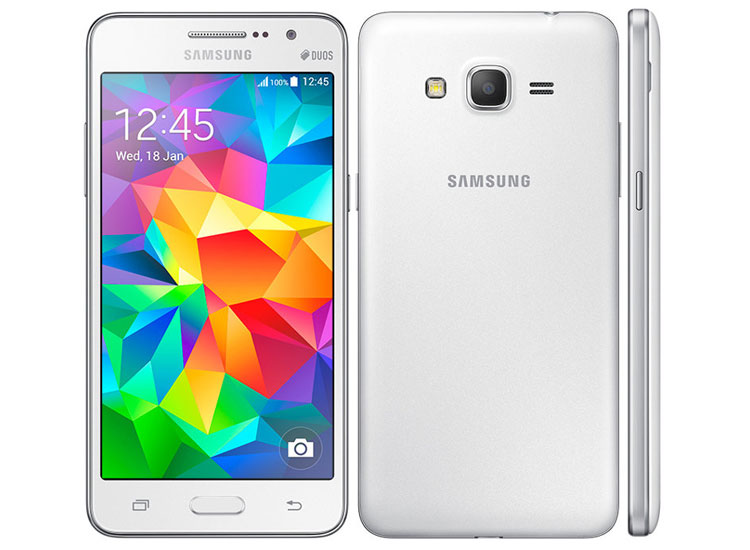 The Samsung Galaxy Grand Prime has a 5-inch display with 960x540p resolution and runs on a 1.2GHz quad-core processor and 1GB RAM. It packs 8GB internal storage and supports microSD cards with capacities up to 64GB.

The thickness of the Galaxy Grand Prime is listed as 8.6mm, and the retailer also mentioned that the Galaxy Prime will feature 14 regional languages out of the box. In terms of color variants, the device is will be offered in white and black.

The rear camera can take 8MP photos and is backed by LED flash. Connectivity options in Galaxy Grand Prime include 2G, 3G, Wi-Fi, Bluetooth 4.0 and microUSB 2.0. It has a 2,600mAh battery that offers day-long battery life, according to Samsung.

Furthermore, Samsung isn’t the first vendor to launch a selfie-focused device in India, as Sony launched the Xperia C3 in the country earlier this month. The Xperia C3 comes with better specs and is priced higher than Samsung’s offering in this segment.

Only 8.6 millimeters thick, the GALAXY Grand Prime combines sophistication and powerful performance, compressing all the essential features for fun on the go into a sleek, modern package. But svelte doesn’t mean small: The 12.64 cm (5) qHD display makes sure nothing cramps your style.

The GALAXY Grand Prime is equipped with a powerful 1.2 GHz Quad Core processor for blazing-fast multitasking performance, no matter how much you have going on.

Get everyone in the shot

Selfies with friends have never looked better. The GALAXY Grand Prime has a 5 MP front camera with an ultra-wide view angle of 85 degrees. The wider angle of view means you can get more of your friends and more of the background in every shot—and leave the selfie stick at home. The high resolution ensures you’ll get crisper, more awesome photos that you can’t wait to post.

Powered by KitKat 4.4, the latest version of the Android OS, the GALAXY Grand Prime is packed with tons of useful features for better usability, enhanced performance, and greater productivity. It’s one of the few smartphones in this range that comes equipped with KitKat.

You won’t have to worry about your phone running out of juice at the wrong moment. The GALAXY Grand Prime offers a 2,600 mAh battery, so you can watch video, listen to music and keep your apps running for even longer.