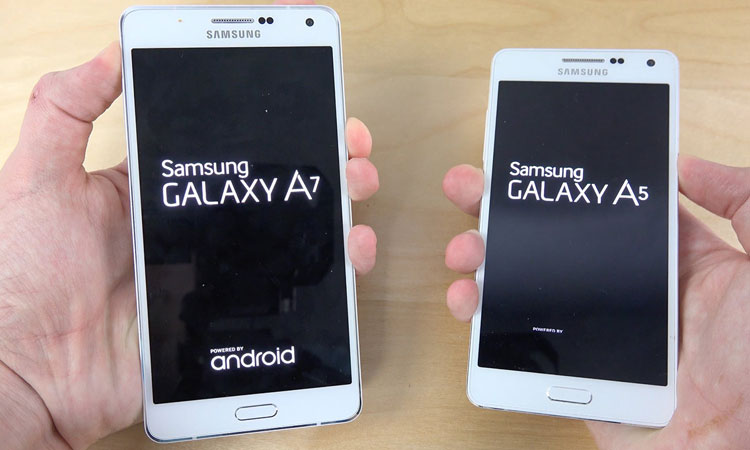 More leaks about the 2016 versions of the Samsung Galaxy A5 and Samsung Galaxy A7 have come to the surface. According to the new leaks, the upcoming Galaxy A7 (2016) was recently certified by the Federal Communications Commission (FCC), there, it showed a bit of the new build of the device and the power that it has.

Samsung is expected to release a new Galaxy A series in 2016 and the purported Galaxy A5 and Galaxy A7 just leaked online in new images. When the original Galaxy A series made its official debut, it raised lots of interest because it finally marked Samsung’s departure from plastic designs to more premium metal builds. The Galaxy A3 and Galaxy A5 launched first, with a higher-end Galaxy A7 following afterward.

Not too long ago, the next-generation Galaxy A3 and Galaxy A5 leaked online, giving us a few clues regarding the design of the new models. Another leak now brings more images, this time showing the upcoming Galaxy A5 and Galaxy A7 (second-generation). The successors to the original Galaxy A series smartphones are expected to feature premium designs and mid-range specifications. Based on the newly-leaked images, some changes are in store for the 2016 Galaxy A5 and Galaxy A7.

First of all, the images show a full-metal design for the purported Galaxy A5 model, but the Galaxy A7 seems to have a flat glass rear panel reminiscent of the Galaxy S6 series. These smartphones were also spotted on benchmark websites, which give a hint at the kind of specifications and features they will boast.

Samsung Galaxy A5 (2016) Specifications and Features:

Samsung Galaxy A7 (2016) Specifications and Features:

From the looks of it, the second-generation smartphones don’t seem to offer a huge jump in terms of specifications and features. Instead Samsung seems focused on refreshing the design of the smartphones. That said, these are leaks and we would advise you to take it with the proverbial pinch of salt until Samsung has made things official.