Asus had launched the second iteration of its ZenFone series, ZenFone 2 (ZE551ML), at CES 2015 in Las Vegas. Asus has confirmed that the Zenfone 2 will be coming to India at the above mentioned time, it hasn’t said if both the 4GB and 2GB RAM variants will be launched together. 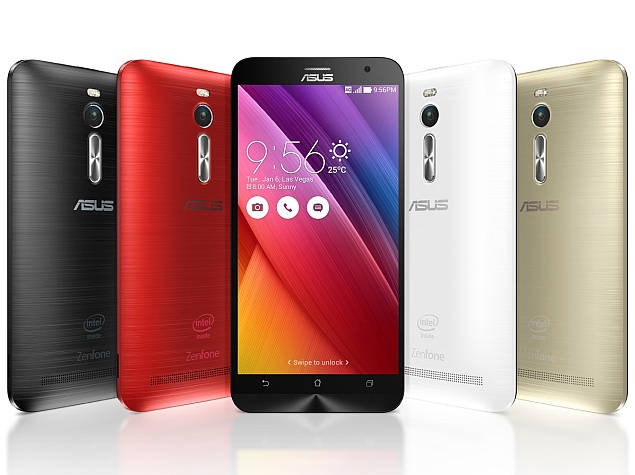 The phone comes with a new ergonomic design, a 5.5-inch Full HD and a (1280x1920p) IPS display with a wide 178-degree viewing angle. Asus claims its TruVivid technology enhances display performance more with brighter colors. The display has a narrow 3.3mm bezel, giving ZenFone 2 a 72% screen-to-body ratio, and is covered with Corning Gorilla Glass 3.

The Asus Zenfone 2 is the first smartphone to come with 4GB of RAM and runs on Android 5.0 Lollipop out of the box. The phone will presumably take the vacant position of Asus’ flagship smartphone, joining the likes of the Zenfone C, Zenfone 5 and Zenfone 6.

The ZenFone 2 is powered by an up to 2.3GHz 64-bit Intel Atom quad-core processor Z3580 and has 4GB RAM to deliver up to seven times faster gaming performance than its predecessor. According to the company, the phone’s 60ms touch response time ensures lag-free input, and OpenGL 3.0 provides enhanced gaming performance.

The ZenFone 2 has built-in 4G/LTE connectivity for faster data speeds of up to 150Mbit/s in addition to 802.11ac Wi-Fi high-speed Wi-Fi. The phone supports Dual-SIM with Dual Active mode, allowing users to have two active phone lines on their device. It will come in 16,32 and 64GB storage variants.

Asus ZenFone 2 comes with a high-capacity, 3000mAh battery that provides more than a full day of use on a single charge as per the company. The phone’s fast-charge technology enables recharges to 60% battery level in 39 minutes.