A social networking website is an online platform, service or site could be just a virtual place to express your voice or have some fun that focuses on facilitating the building of social networks or social relations among people who for the enterprising ones, social media sites could mean serious business for example share interests, backgrounds, real-life connections, or activities. 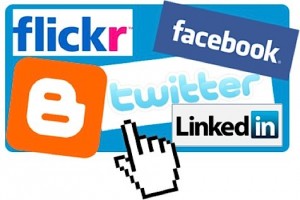 However, more people than ever before in history are using social networking sites to connect with friends and family that consists of a representation of each user (often a profile), his/her social links, and a variety of additional services. These sites are also one of the best sources on the Web for finding content on virtually any topic you can think of.

Why Use Social Networking?

The social networking is a way for one person to meet up with other people on the Web. Through social networking services make it possible to connect people who share interests and activities across political, economic, and geographic borders that means people can use networks of online friends and group memberships to keep in touch with current friends, reconnect with old friends or create real–life friendships through similar interests or groups.

That’s not all though. Some people use social networking sites for meeting new friends on the Net. Other use it to find old friends and most social networking websites also offer additional features. In addition to blogs and forums, members can express themselves by designing their profile page to reflect their personality. The most popular extra features include music and video sections.

Here we have Top 5 Most Popular Social Networking Sites based on the following criteria: Communication, Brand exposure and Traffic to your sites. In this list, we’re going to take a look at the top social networking sites on the Web, along with creative ways you can use these sites to find information, look for people, and keep track of trending topics.

Facebook is the most popular social networking site launched in February 2004, owned and operated by Facebook, Inc. It is a fastest-growing popular online platform that enables customization of user interface, which also includes installing applications to personalize the experience further. As of September 2012, Facebook has over one billion active users, more than half of them using Facebook on a mobile device.

Twitter has become one of the popular and largest free online microblogging social networking site on the web that offers users to send and read text-based messages of up to 140 characters, known as ‘tweets’ also giving users the ability to connect with anyone anywhere in the world simply by ‘following’. Users can include links to other content in their tweets, and broadcasts can be public or private. The microblogging service created in March 2006 by Jack Dorsey and Biz Stone and launched at July.

LinkedIn is a social networking site designed for people in professional occupations with a very important twist: it’s focused primarily on business and job contacts. It serves to help individuals and companies to build and maintain them. It is mainly used for professional networking, founded in December 2002 this gives professionals an advantage to be more successful and productive in their careers. If you’re looking for a new position, LinkedIn is an excellent resource to tap into.

Pinterest is an online fast-growing social pinboard-style photo sharing website where users collect and share their favorite collections such as events, hobbies, interests, and more. Users can browse other pinboards for inspiration, ‘re-pin’ images to their own collections or ‘like’ photos. Pinterest is a one of the fastest growing social networks since its launch in 2010; it is growing at a fantastic rate, making it one of the most popular places on the Web, especially for women.

Google Plus (Google+) is a multilingual social networking and identity service operated by Google Inc. Its aims to make sharing on the web more like sharing in real life. Users can add friends and family to see what they’re sharing (and share a few things back) also can search your email contacts to quickly find people you know on Google+. Or find people from your high school, college, work or hometown to swap stories with. It was launched on June 28, 2011 with integrations across a number of Google products, including Profiles and Buzz. As of December 2012, Google Plus has a total of 500 million registered users of whom 235 million are active on a monthly basis.