The new Motorola Moto Turbo comes with some top-notch specifications, such as a QHD display – which has been seen on smartphones such as LG G3 and Samsung Galaxy Note 4, and is perhaps the highlight of the device. 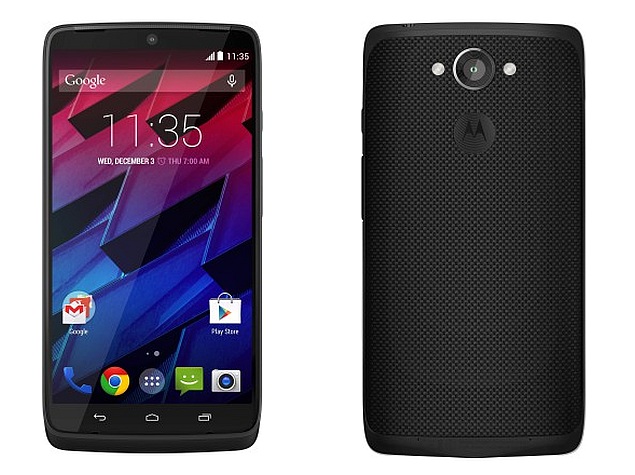 On the photography front, the smartphone includes a 21-megapixel rear auto-focus camera with f/2.0 aperture and dual-LED flash, supplemented with a 2-megapixel front-facing camera. Connectivity options include 3G support, Wi-Fi, and Bluetooth 4.0, and on the software front, it runs on Android Lollipop out-of-the-box.

It features a massive 3900mAh battery, the biggest amongst most high-end phones such as Sony Xperia Z3, Samsung Galaxy S6, Samsung Galaxy Note 4, and even the Moto X (Gen 2).

The company notes that the smartphone can deliver up to 48 hours of mixed usage. The Moto Turbo also supports Motorola’s Turbo Charger, a new accessory from the company stables that is said to provide 7 hours of battery life in just 15 minutes of charging.