Opera Max Cuts Data Consumption In Half For Music Streaming

Nordic Browser Company, the makers of the Opera web browser launched a service called Opera Max, enabling Android users to cut their mobile bandwidth usage. It does that by routing your internet traffic through a remote server which compresses data before sending it to your phone. 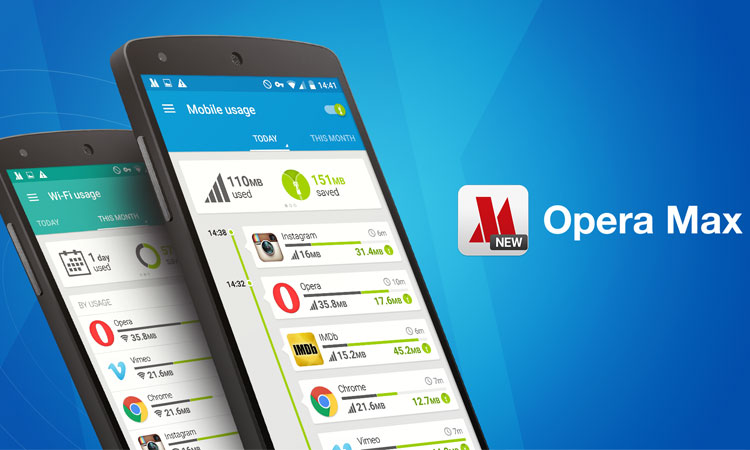 At launch Opera Max was able to reduce file sizes for images, text, and some video. A few months ago the company added support for Netflix and YouTube data compression. And now Opera says it can also cut the amount of data used by some streaming music services in half.

The Opera Max, which had introduced video savings for Netflix and YouTube apps a month ago, now brings the same data savings feature to music apps. These include YouTube Music, Saavn, Gaana, Slacker Radio and Pandora.

With the new added feature, users can now enjoy streaming their favorite music apps on the go without worrying about consuming more than their allowed mobile data. The latest Opera Max version offers data savings of up to 50 percent, giving consumers a way to stretch their data two times its supposed usage.

Opera says it optimizes music streams using Rocket Optimizer – a data-optimization service Opera acquired when it bought Skyfire in 2013. As Android Headlines said in its report, this is a great move in helping users cut back data usage by assisting them in managing it. Nevertheless, the report added that subscribers can look forward to the additional apps of Opera Max aside from the ones that were mentioned.

Last but not least, developers state that Opera Max does not analyze or store private data and that savings are based on sampling of US beta users. It supports MP3 and MP4 streams and can convert them to the more efficient AAC+ codec. While that is the case, it works equally fine when connected to Wireless networks, and since it does not differentiate traffic, will compress regular web data and video data as well at the same time.

The new feature has been designed specifically for users who listen to audio streams on the go, as doing so can burn through a user’s monthly mobile bandwidth quota quickly depending on the plan. “Pandora, Slacker Radio, Gaana, Saavn, Mix Radio and YouTube Music are the first six apps that passed our quality-assurance test, but we will support more music-streaming apps in the near future”. It will be interesting to see if more apps are added in the future, including Apple Music, for example.

Still, if you’re a heavy music streamer that regularly hits your monthly data cap, there’s one more reason to at least give Opera Max a try. The app is available as a free download from the Google Play Store.