Yahoo Video Guide App: Recommends Content Based On Your Mood

Yahoo is hoping to capitalize on the cord-cutting trend and consumers’ growing attachment to streaming video services with the launch of a new app called Yahoo Video Guide. The app, available now on iOS and Android, will help you find new movies and TV shows to watch on HBO, Netflix, Amazon, Hulu and other services, then allow you to launch titles directly in the video apps you already have installed on your smartphone. 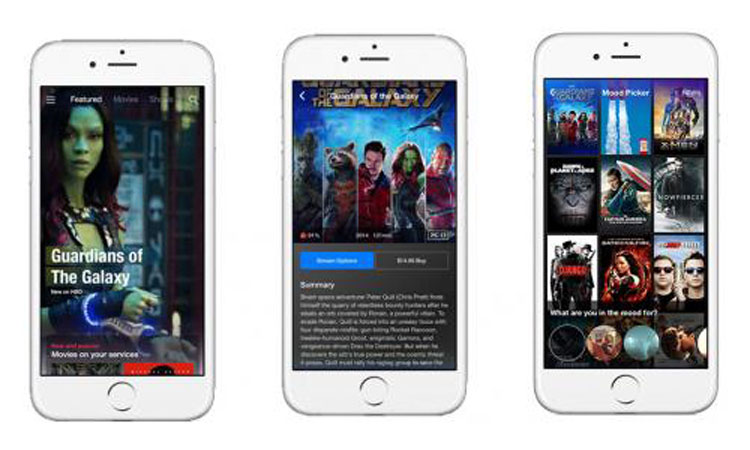 The Video Guide App can recommend content based on how you are feeling, has launched. The app is meant for people who primarily watch content with streaming services and it can tell you where to find a given movie or TV show. Yahoo Video Guide can let you quickly pull up the content and it figures out which services are available based on the apps you have on your phone.

The larger problem Video Guide is trying to solve is one of discovery. While in the cable TV era, consumers had on-screen guides that would tell them what shows were on which channels and when, modern-day streaming services often fall short on their recommendations.

Though Netflix has steadily tried to improve its recommendation algorithm over the years, the user interface on its service – and on many of its competitors – still tends to push its featured and exclusive content instead of more personalized suggestions.

Yahoo, to its credit, seems to be trying something a little new with its Video Guide app. It’s introducing a “mood picker” that can help you decide what to watch based on how you’re feeling at the time.

However, the implementation is a little gimmicky – you browse through GIFs that match your mood and the app will make recommendations based on fit, the company says. So, for example, a GIF of two people kissing might point you to romances, while things on fire points to action titles. In other words, it’s just a different way of browsing genres.

Where the app actually offers an advantage over some of the other streaming “TV guides” is that it analyzes which streaming video apps you already have installed on your phone before customizing its guide during the app’s setup process. That means you won’t run into content suggestions that you can’t actually watch.

The activity you take within Yahoo’s Video Guide is also examined, but it does not look at what you’ve done within the streaming service apps. These aren’t meant to be personalization features — in fact, at launch, the app doesn’t offer any of this capability, just basic recommendation features.

You might not think Yahoo’s Video Guide app is necessary, but Stein thinks that with a growing number of people “cutting the cord” and turning to streaming services, it’s helpful. In a time when people have an average of three or more of these services, such as Netflix, HBO Go, and Amazon Prime, we’ve reached a “tipping point where people are daisy-chaining a bunch of apps together to get the videos they want,” he said. Yahoo’s newest app is a way to bring order to that chaos.

The app is only available on mobile devices and won’t require a Yahoo ID. At launch, ads will not be shown to users, although there’s a possibility that this could come in the future. The Yahoo Video Guide is now available for download in the United States.