Viber users will have every reason to be happy as Viber 5.6.0.2413 version APK update finally arrived and is now available for download through Google Play and third-party vendor sites. 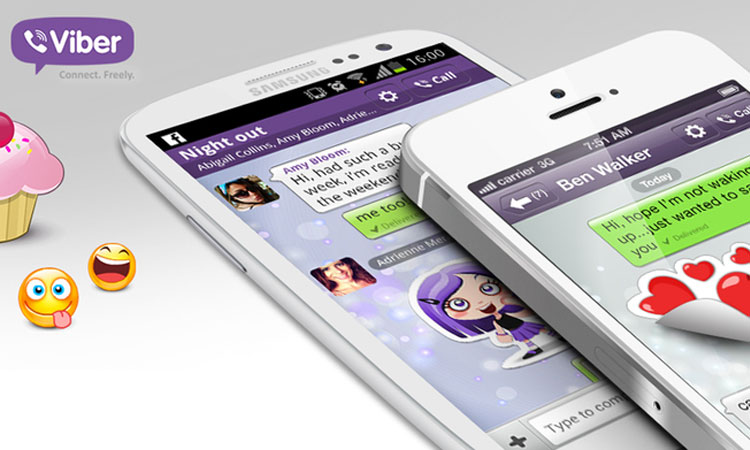 All Android users can get this application right from Google Play as well as the official website of the app. Viber is not a new app, in fact, it has been around for five years now and according to the app, more than 664 million own accounts with this platform, but other reports suggest that the app only has a monthly active user base of about 250 million users.

The popular chat-and-text app was introduced five years ago and carried familiar apps like Facebook, WhatsApp, Instagram, Skype, and others. Currently, Viber has around 250 million active customers.

Installing Viber is a very easy thing. As mentioned, the app is available for free download via Google Play and once it is downloaded, installation is automatic. Like WhatsApp, the app will ask for your phone number for setting up your account and then look through your phone contacts to create a contacts list of its own. This chat app can be installed and synced with other devices including PCs and tablets.

In order to use the service, uses have to install the app on their mobile phones using their phone numbers. After the install, they can now access the app and use all of its functions. Users can also access Viber through their PCs and Macs among others.

However, for those who opt to use third-party installers, you may need to declare it as an unknown source from your phone to fully download the feature. This can be found on the security setting of your phone, something that is not given as a default setting because of the security threat it may give. Viber is currently available on different OS platforms such as iOS, Symbian, Android, Blackberry OS and Mac OS. It is also being used by millions of consumers around the globe because of its free call and text messaging. For non-Viber users, the service offers very minimal charge for long distance calls.

It was quite a long time since Viber users saw a new update and with the improvements and new features that come along with the new v5.6.0.2413 will for sure make using the app feel more pleasurable.

Latest version of Viber has revamped the Public Chats feature, pushing it to Android tablets as well as extending the text limit to 7,000 characters. In addition to this, the users of the upgraded version will access the new Group Likes feature which allows them to like what their friends have said in a group.

The new Viber update requires 38.45 MB free space on the users’ mobile phones and can likewise be downloaded from Viber’s official page aside from the aforementioned sites.

The new version also adds features such as Viber sharing, following public chats, playing games as well as the much awaited Android Wear support. The latter update means that the application can now be installed on smartwatches and other wearables running on the Android Wear OS.

More into the new Viber update, users who opt to install Viber from third-party vendor sites should make adjustments to their phone’s security options.