Nearly five months after the world’s richest company and biggest music retailer launched a streaming music service for iPhones, that service has come to Android. Apple Music was spotted in the Google Play Store, marking the first time that the service, which last month announced it had 6.5 million paying subscribers, has made itself available to Android users. 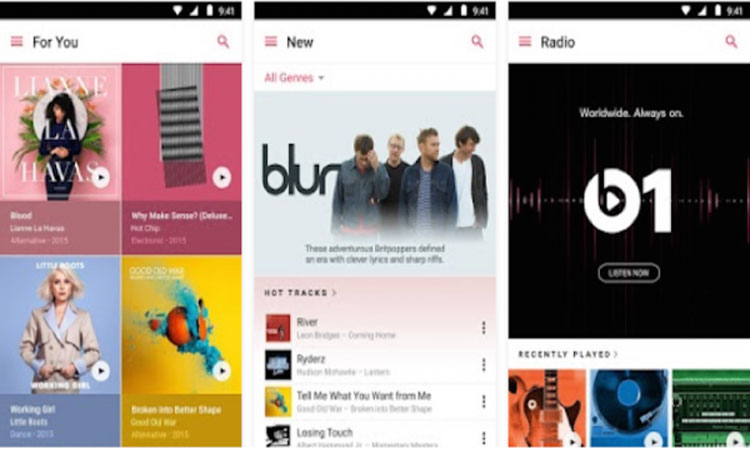 Apple first launched an Android App that serves as a migration tool for Android users to transfer their files to iOS, followed by the release of an app for its Beats Pill + Speaker last month.

Apple previously released its music streaming service for iOS users on June 30. Apple Music features a catalog of over 30 million songs, curated playlists from music experts (where the playlists are created based on the listener’s preferences) and Apple’s live radio station, called Beats 1.

Apple Music offers access to a large catalog of streaming music and music recommendations. Music and music videos can be saved for offline listening as well. The Android version of the service will cost $9.99 per month after a three-month free trial, and it will look and feel exactly like the Apple Music that shipped as part of an iOS update in June, though with a handful of exceptions. Apple Music’s family plan membership, which enables up to six people to use a single membership that costs just $14.99, is only available to people using Mac or iOS.

It is also limited to people with relatively new phones; Apple Music for Android requires Android 4.3 or higher, which means people with Android smartphones that are more than two years old are out of luck.

The Android Apple Music app is just a beta version, so Music Videos has not rolled out just yet. It’s also important to note that those who are looking to sign up for the family membership can only do so for iOS or on Mac computers. Users will still need an Apple ID to sign up, but those Android users who do will still be able to have their music synced to make Apple Music their centralized music hub.

Apple Music on Android also means iTunes music purchases can be easily accessed from Google’s platform. The Beats Music subscribers will need to move from the old app to the new Apple Music app to continue using the service. Libraries and playlists can be transferred over. While Beats Music has also been available on Windows Phone, a version of Apple Music on Microsoft’s mobile platform will not be available.

Apple Music is now available for Android in all countries Apple Music has launched for iOS in, excluding China. The Chinese release of the Android beta is expected in the near future.