Just a few weeks after their announcement, Microsoft’s Surface Book and Surface Pro 4 are now officially go on sale in the US and Canada! It’s been three years exactly since we launched the first Surface and it’s really amazing how far the product family has come in that time. 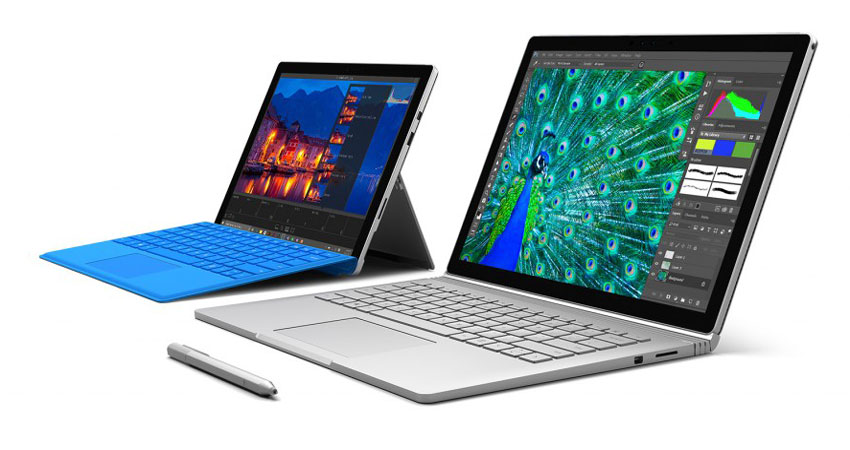 The Surface Book and Surface Pro 4 represent Microsoft’s latest attempt to drum up interest in its Windows 10 software. By creating its own devices, the Redmond, Washington, company is trying to show manufacturing partners how to build Windows 10 devices that appeal to consumers.

The Surface Pro 4 is Microsoft’s newest iteration of a tablet that turns into a laptop via an attachable keyboard. The new Surface Pro aims to build on the success of the Surface Pro 3 with a slightly larger screen, higher resolution, slimmer body and a more user-friendly keyboard.

Surface Pro 4 is the thinnest and most powerful version of the tablet that can replace your laptop. Powered by the new 6th generation Intel Core M, i5, or i7 processors, it’s 30% faster than Surface Pro 3, which was already the standard for a fully capable thin and light Windows PC.

Even with the increased performance, the new product is thinner (8.4 mm compared to 9.1mm for Pro 3), quieter, and will run cooler. Like every Surface Pro before it, it runs Windows 10 Pro and a huge array of powerful desktop software, so you’re not limited to a simplified or ‘mobile’ version of the software you depend on. This is a tablet that is designed to do serious work.

Finding the devices or at least getting them quickly is the challenge consumers now face. The Surface Pro 4 should be available at retailers, but the Surface Book is in short supply following strong preorder demand. Both devices are configurable with Intel’s latest 6th-gen Skylake processors, an feature up to 16GB of RAM and 1TB of storage.