If you can believe it, text messaging turned 20 years old, and while the technology really didn’t boom until just a few years ago. On Dec. 3, 1992, The day when the world took the first next step in the category of communication with the introduction of Short Message Service (SMS). 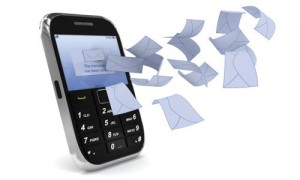 The first SMS message was sent over the Vodafone GSM network in the United Kingdom on 3 December 1992, from Neil Papworth of Sema Group (now Mavenir Systems) using a personal computer to Richard Jarvis of Vodafone using an Orbitel 901 handset. The text of the message was “Merry Christmas.”

Twenty years later, text messaging, or texting, has become one of the most ubiquitous forms of communication.

A study by the Pew Research Center earlier this year found that 75 per cent of cellphone owners across 21 countries used their devices to send SMS (short message service) messages. Texting is especially common in Indonesia, Kenya and Lebanon.

SMS is one of the most common forms of communication across the world. Globally, 4 million people use the text messaging service to communicate with each other. It obliterated the conventional style of writing and introduced symbols and abbreviated form with shortened words to express thoughts.

“With the onset of 4G everywhere, I can imagine that operators must be looking to reduce the number of different systems they have to maintain,” said Papworth, explaining where he believes SMS will be heading in the future.