WhatsApp for iOS Gets the 3D Touch Features

WhatsApp has pushed an update on iOS that adds support for the new 3D Touch feature on the iPhone 6s and the iPhone 6s Plus. You can now take advantage of the Peek and Pop functionality, which means you can lightly press on pictures, videos, links, contact cards, and locations to preview them (Peek) or press harder to open them (Pop). 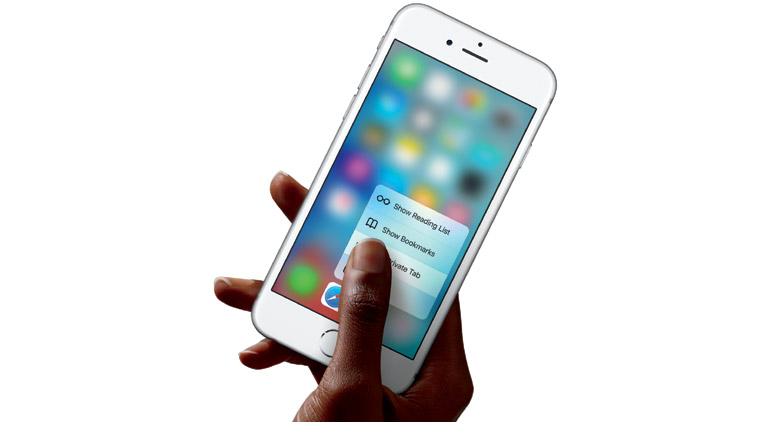 After Dropbox, Facebook, and Instagram apps, WhatsApp for iOS is the latest to add support for 3D Touch on the new iPhone 6s and iPhone 6s Plus. WhatsApp for iOS is now receiving an update that bumps the version to 2.12.9 and is now available to download. The update primarily brings 3D Touch support alongside other minor updates.

The feature in question is no other than 3D Touch, a new user experience that, for the time being, is exclusive to the Apple iPhone 6s and iPhone 6s Plus. The feature allows users to interact more deeply with the user interface of iOS, ultimately making the new iPhone devices more usable.

With the addition of 3D Touch input to the WhatsApp for iOS, iPhone 6s and iPhone 6s Plus users can now use ‘Peek and Pop’ gestures based on the pressure applied on the screen. The App Store listing notes, “You can now quickly Peek and Pop pictures, videos, links, contact cards, and locations you send and receive in chats.”

This feature was introduced with iPhone 6S and 6S Plus, but similar functionality was first witnessed on the Apple Watch and some of the latest MacBooks. The new feature now means that those using the latest iPhone models can interact much better with WhatsApp when chatting with friends. The unfortunate thing about this latest WhatsApp for iOS update is that it has only been pushed to the latest iPhone flagships.

The new support for 3D Touch technology means that the users of the app can now enjoy using the app from the homescreen thanks to the new Quick Actions shortcuts. Well, considering how new this feature is, it is currently supported by only a handful of third party applications. However, the good news here is that the number of supported apps is gradually increasing.

Users can use 3D Touch to access vital UI elements or to just gain access to key shortcuts for some apps. At the moment, the feature is limited to only a few third-party apps, but the number is rising quickly as app developers are moving fast to add support.

The latest addition to this list is WhatsApp with build 2.12.9. What users can do with 3D Touch here is similar to what they can do in other apps.